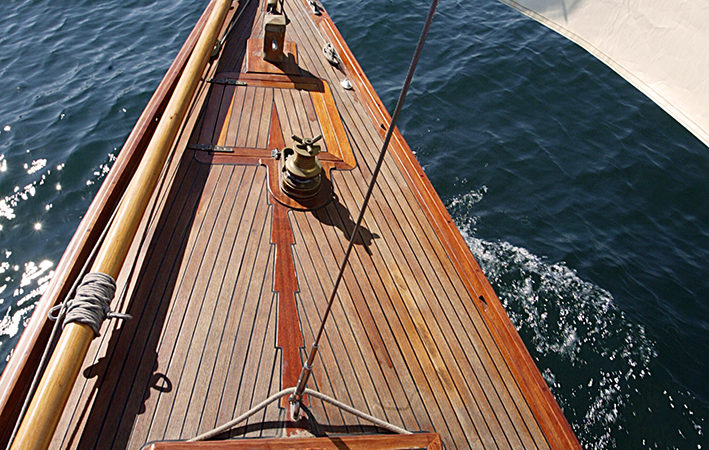 Collaboration with Elio Bassetti and Cerletti Luigi to the restoration of’’Mignon’’7 meters International Tonnage designed in 1912 by Johan Hanker and built by Anker & Jensen yard of Asker in Norway.

STORY OF A BOAT FOUND
On the newspaper Yacht Digest No 42, appears for the first time a short article, “an 8 mt. S.I. under the oleanders “with a photograph that does not say much. The hull lines fascinate us immediately, even if at first glance, the hull is in poor condition and covered with fiberglass. The present owner knows absolutely nothing about this boat: neither the designer, or the shipyard which realized it. The lines look like a bigger dragon. On the rudder is printed a text that will result in a certain measure false, that is: MIGNON S. FRANCISCO (the caption S. Francisco is false).
THE SEARCH FOR IDENTIFYING THE BOAT THAT IS
From approximate information bued to the shipmaster that owns the boat, we searched and found some owners who had owned it.
A first exact information: the boat should be of a Norwegian
designer, perhaps Johan Anker.
The AIVE (Italian Association of Vintage Sails) announces that it has found on the Loyd Register a boat named Mignon design and construction of the designer Johan Hanker.
The measures listed on the Register Loyd coincide with those of our. Boat: so the boat is 7 meters. S.I. born with a gaff rig. What follows is a summary of its history.
Designed in 1912 by Johan Hanker and built by Anker & Jensen yard of Asker in Norway, the English captain of the RAF, Sloane Stanley of Southampton as the Pinaster (see extract from the Register of Lloyd’s Yacht 1912).
In 1915 it is property of the Cap. Stanley, who in  the meantime has become major.
In 1919 the boat changes ownership becoming property in Southampton of CE Nicholson, mantaining the name Pinaster.
In 1921 it was named Kian and Alexndria of Egypt, owned by a certain CA Casdali.
In 1928 and until 1930, always in the Register of Lloyd, it is renamed MIGNON, and, always in Alexandria of Egypt the owners in a certain H.G. Gregg, who transforms it with bermudian sails.
From 1930 to 1934, with his now definitive name MIGNON, is found in Naples, property of a certain F. Dresden.
After that year it is no longer found in the Registers of Lloyd, until it is found on Lake Como property of several owners becomed untraceable, until it becomomes property of the Fam. Albertini di Torno.
The Albertini and his family used it on the lake for recreational use and perhaps for some friendly racing: some photos show the boat in the race with a 6 meters. S.I. and a photograph of the sailing club Como.
It then, perhaps, goes in different hands and undergoes a fiberglass coating, probably to avoid the caulking. Is found by us (Bassetti – Cerletti) in a shipyard, dry, whose owner bought it probably hoping to be able to restore it. The sleek lines of this boat and the later discover that the designer is the designer of the Dragon Johan Hanker, confirm the first impression of the similarity of this boat. The shipyard of Hasker (which was owned by Johan Hanker) was closed before the last World War. The designs of the boats of Hasker’s shipyard are conserved in the Naval Museum in Oslo. Unfortunately, the designs of Pinaster were destroyed in a fire and there is only a short article for a newspaper, which talks about the launch of Pinaster. 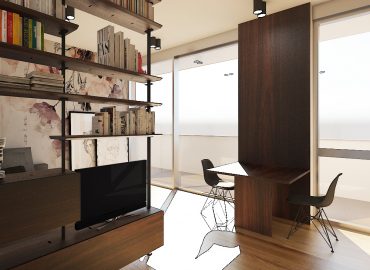 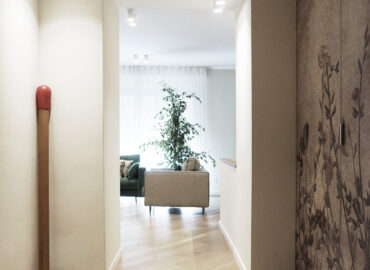